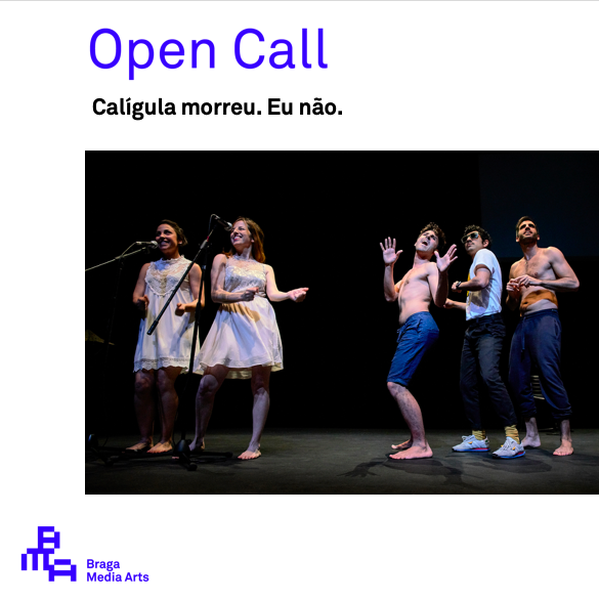 Candidates may be professionals or interested in the artistic fields, with or without disabilities, and must send their CV and Motivation Letter by June 27th to servicoeducativo@bragamediaarts.com. The selection will be made by the director according to the CV and the needs of the project.

The Inclusive Creative Workshop Calígula Morreu. Eu não. is directed by Marco Paiva and is based on the literary work Caligula, by Albert Camus, proposing an encounter of artistic languages ​​and diverse communities around three themes: the exercise of power, hopelessness and amorality, explored through theatrical practice, art video and scenography. The workshop counts with the participation of Jesús Vidal, winner of the prestigious GOYA - Revelation Film Award, for his participation in the film Champions, by Javier Fesse. This is a Terra Amarela co-production, Braga Media Arts and Centro Dramático Nacional de Madridand counts with the financial support of Accíon Cultural Española.

The worskhop takes place in July 1st - 6th, at gnration, with an open rehearsal at July 6th.